Stories Worth Reading — True Stories from Inside California Prisons 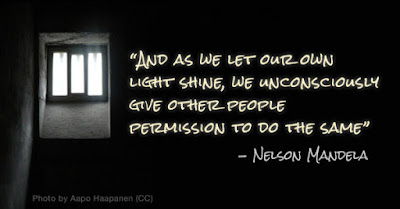 Everyone likes a good story. Especially ones with a good ending.
Each month Christian Science Chaplains around the state write stories about their ministry work with inmates in prisons, jails and youth facilities. The stories they submit tell of inmate’s lives. Their sorrows, regrets and triumphs. They also tell of their constant battles to spiritually reform their lives—and in some cases even their willingness to risk death by severing connections with former gang members.
No one who hasn’t spent time in a prison or jail can know the mental anguish and physical challenges of incarceration. Prisons can be dark, lonely places. Yet our chaplains volunteer their time to bring the light and joy of the transforming Christ behind their walls.
Of course not all the stories I receive have happy endings or outcomes. But most do. And it is a privilege to share with you these stories of victories won.
And while we don’t mention names or facility locations in order to maintain confidentiality, we hope you can picture the immense joy and peace that comes from the interactions between these dedicated volunteer chaplains and the men, women and youth they serve. We hope these stories touch your heart.If you’d like to post comments just scroll to the bottom of this column.
Thanks for reading,

David Fowler, Editor
LightInPrison.org - Healing our prisons and those in them

In Their Own Words…

In each upcoming email I’ll share something inspiring that a chaplain writes in his or her own words, like the following…

“On my visit to an inmate in late January, (the inmate) was complaining of the inability to eat food without feeling intense stomach pain.  In addition, some of the guards were hostile towards him and kept his cell door window covered so that he could not see out.
“We spoke about the nature of God and man and how it applied not only to him but to the guards as well as all the other inmates in his building. We also spoke about the importance of reading Science and Health with Key to the Scriptures, by Mary Baker Eddy, and thinking about the ideas presented.  I read some passages to him and he wrote down the references to study.
“On my next visit, the inmate was full of smiles and happy.  His stomach pain was gone.  The cell door windows were no longer covered, and a new set of guards were assigned to his building that were more caring and respectful.  He felt freer and had a positive outlook on his immediate experience and was looking forward to the future and what he wanted to accomplish when he is released from prison.”

See if these abbreviated stories of spiritual transformation and resulting healing, (submitted by chaplains), don’t make you smile…
Have you known anyone who spent time in prison and had a transformative experience?  How do these stories make you feel?  Leave your own comment or story to share with others here:  http://lightinprison.org/2015/08/04/true-stories-from-inside-california-prisons/ 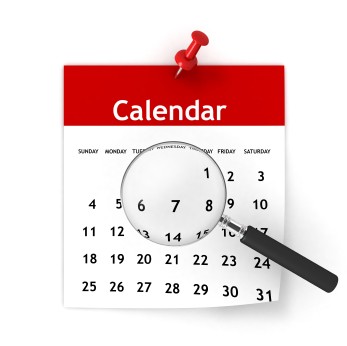 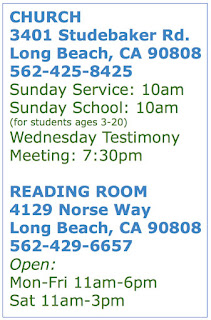 A 2-minute dose of inspiration

From this week's Bible lesson:

When the poor and needy seek water, and there is none, and their tongue faileth for thirst, I the Lord will hear them, I the God of Israel will not forsake them.